The Earth’s origin and composition – earlier attempts to understand 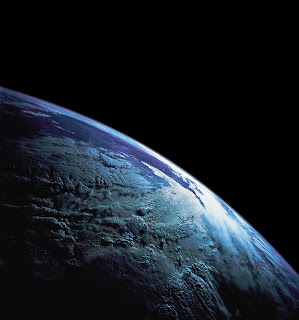 Speculation about the origin and composition of our planet Earth is as old as civilization itself. Most religions contain some form of creation myth, and many hold that the natural forces governing the planet are embodied by gods and spirits. In antiquity, various philosophers propounded theories of the natural world. In the sixth century B.C., Pythagoras correctly noted that the Earth is a sphere, and Aristotle offered plausible, but incorrect, theories for volcanoes, earthquakes, fossils, and other natural phenomena. Pytheas described the tides and noted that they are controlled by the Moon. By the third Century B.C., Eratosthenes calculated the size of the Earth with reasonable precision.

Before the Enlightenment of the 18th century most European scientists were heavily influenced by religious belief, including the biblical story of creation. Scholars attempted to fix the age of Earth through a careful and literal reading of the Bible, concluding that creation took place about 6,000 years ago. But in the 17th century, a few scientists developed ideas that we still believe to be correct today. In 1669, the Danish scientist Nicolas Steno correctly explained fossils as the remains of long-dead organisms and introduced the idea that layers of rock, later called strata by geologists, were deposited at different times, with older layers lying below more recent ones. In Scotland in 1785, an amateur geologist, James Hutton, suggested that Earth's strata must have formed gradually. A half century later, another Scot, Sir Charles Lyell, argued strongly that one could explain geologic history perfectly well by pointing to the geological processes – the action of wind and water, earthquakes, and volcanoes - presently at work and observable on Earth. Lyell rejected the short time derived from the Bible and proposed a much greater period for the development and evolution of Earth. Lyell's notion of a vastly great "geologic time" made possible the evolutionary theory of Lyell's good friend Charles Darwin. It provided the time scale necessary for natural selection to take place. (The New York Times ‘Smarter by Sunday – 52 Weekends of Essential Knowledge for the Curious Mind’)