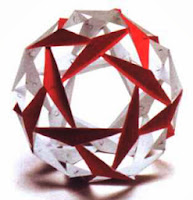 In medicine, synergy is the "cooperative" action of two or more drugs, muscles, or organs. The term is applied especially to drugs whose combined action is more powerful than their simple effects added together.

If used in a business application, synergy means that teamwork will produce an overall better result than if each person within the group were working toward the same goal individually. However, the concept of group cohesion needs to be considered. Group cohesion is that property that is inferred from the number and strength of mutual positive attitudes among members of the group. As the group becomes more cohesive, its functioning is affected in a number of ways. First, the interactions and communication between members increase. Common goals, interests and small size all contribute to this. In addition, group member satisfaction increases as the group provides friendship and support against outside threats.

There are negative aspects of group cohesion that have an effect on group decision-making and hence on group effectiveness. There are two issues arising. The risky shift phenomenon is the tendency of a group to make decisions that are riskier than those that the group would have recommended individually. Group Polarisation is when individuals in a group begin by taking a moderate stance on an issue regarding a common value and, after having discussed it, end up taking a more extreme stance.

A second, potential negative consequence of group cohesion is group think. Group think is a mode of thinking that people engage in when they are deeply involved in cohesive group, when the members' striving for unanimity overrides their motivation to appraise realistically the alternative courses of action. (From Wikipedia and Encarta Encyclopedia)