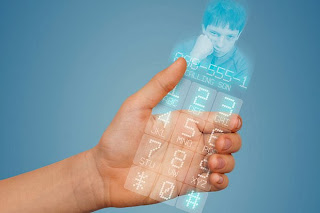 The hologram (from the Greek “holos”, whole, and “gram”, something written) is a three-dimensional photograph using the interference produced by the superimposition of two laser beams. Dennis Gabor (Great Britain, b. Hungary) discovered the principle of holography in 1948 in the course of his research into electronic microscopy. But it was not until the discovery of the laser that practical applications could be developed.

E.N. Leith, J.U. Upatnieks and C.W. Stroke (all U.S.) of the University of Michigan carried out the first tests in 1963. Since then, holography has developed greatly in the spheres of research, industry and art. The first examples of holography applied to art were achieved by Prof. Youri Denisyouk (U.S.S.R.) who, toward the end of the 1960s, applied holography to the reproduction of works of art. (‘Inventions and Discoveries’)