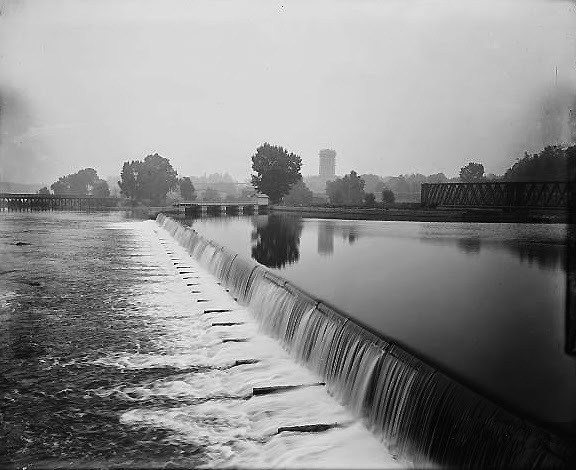 When you look at rushing waterfalls and rivers, you may not immediately think of electricity. But hydroelectric (water-powered) power plants are responsible for lighting many of our homes and neighborhoods. On September 30, 1882, the world's first hydroelectric power plant began operation on the Fox River in Appleton, Wisconsin. The plant, later named the Appleton Edison Light Company, was initiated by Appleton paper manufacturer H.J. Rogers, who had been inspired by Thomas Edison's plans for an electricity-producing station in New York.

Unlike Edison's New York plant which used steam power to drive its generators, the Appleton plant used the natural energy of the Fox River. When the plant opened, it produced enough electricity to light Rogers's home, the plant itself, and a nearby building. Hydroelectric power plants of today generate a lot more electricity. By the early 20th century, these plants produced a significant portion of the country's electric energy. The cheap electricity provided by the plants spurred industrial growth in many regions of the country. To get even more power out of the flowing water, the government started building dams.

In 1933, the U.S. government established the Tennessee Valley Authority (TVA), which introduced hydroelectric power plants to the South's troubled Tennessee River Valley. The TVA built dams, managed flood control and soil conservation programs, and more. It greatly boosted the region's economy. And this development happened in other places as well. Soon, people across the country were enjoying electricity in homes, schools, and offices, reading by electric lamp instead of candlelight or kerosene. New electricity-powered technologies entered American homes, including electric refrigerators and stoves, radios, televisions, and can openers. Today, people take electricity for granted, not able to imagine life without it. (http://www.americaslibrary.gov/)