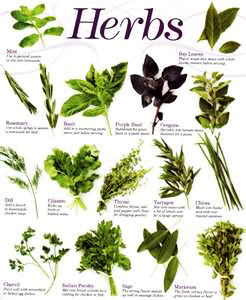 The healing properties of plants have not changed. What was a healing herb a thousand years ago is still a healing herb. Physicians of the ancient were expected to know their herbs. Plants gave healing powers to those who studied them, worked with them, and respected them. In many lands and in many times, healers spent good part of their lives in field and forest gathering green medicines. They remembered what they learned, and they passed it on.

Today we benefit from the accumulated herbal wisdom of the ages. Our special vantage point enables us to peer back through history, harvesting for our own benefit only those herbs that have stood the test of time.

But even the herbal uses that didn't pan out are fascinating. While the story of the healing herbs has its comic episodes, it's also a dramatic story of human sacrifice, complete with medical heroes - men and women whose work deserves to be recognized.

What is a healing herb? The word herb comes from the Latin for grass. Technically, herbs are plants that wither each autumn, plants other than shrubs or trees. But many shrubs and trees are used in herbal healing, such as barberry, bay laurel, and slippery elm, for example. To an herbalist, "healing herbs" include every plant with medicinal value

The plants that we know as healing herbs existed long before the first human appeared on earth. No one knows how long it took for humans to discover the curative power of plants, but prehistoric sites in Iraq show the Neanderthals used yarrow, marsh mallow, and other healing herbs some 60,000 years ago.


Prehistoric humans no doubt noticed that when animals appeared ill, they would often eat plants they ordinarily ignored. Our ancestors sampled these plants, and in many cases noticed curious effects: wakefulness, sleepiness, laxative action, increased urination, etc. The herbs that caused these effects were incorporated into prehistoric shamanism, and later into medicine.

Early humans were also attracted to healing herbs' aromas. They rubbed strong-smelling herbs on their bodies to repel insects and hide their human scent from animals they feared or hunted. They also adorned themselves with sweet-smelling herbs to please their mates.

But foul odors, not fragrant ones, were key to the development of herbal healing. Early humans used such plants as rosemary, thyme, dill, and virtually all of today's culinary spices to mask the stench of rotting meats. Today we use culinary herbs and spices only as flavor enhancers. But to our prehistoric ancestors, flavor was incidental to food preservation.

Prehistoric humanity had no refrigeration, and meats spoiled quickly. Spoilage destroyed precious food reserves, and early humans learned through painful experience that eating rotten meats causes illness and sometimes death. No doubt, some prehistoric hunter or homemaker accidentally lay some rotting meat on a bed of wild mint, sage, basil, or other aromatic herb, hoping its fragrance would mask the meat's malodorousness. It did, and amazingly, the meat didn't spoil as quickly.

Our ancestors also discovered many healing herbs simply by trial and error. They learned the hard way that some plants heal while others harm. They had little control over their world or their bodies. Their average life expectancy was barely 30 years. Because life was so full of threatening, often fatal, surprises, anything that made life more predictable acquired an aura of magic and healing.

Major herbal effects, such as vomiting or hallucinations, made big impressions, but prehistoric humans also recognized many herbs' more subtle healing benefits. We'll never know what possessed some ancient Chinese peasant to brew a tea from the small, ungainly stalks of ma huang (ephedra). But 5,000 years ago, someone did and stumbled upon the world's oldest medicine, a decongestant. (Pseudoephedrine, a laboratory analog of ephedra, is still widely used in cold formulas today.) Similarly, we'll never know how many roots the ancient Indians dug up before they discovered ginger more than 4,000 years ago. Or why the American Indians had a hunch that black cohosh might induce labor. But all over the world, ancient peoples dug, dried, chewed, pounded, rubbed, and brewed the plants around them, and through trial and error, they discovered the vast majority of healing herbs we still use today. (‘The Healing Herbs’, the ultimate guide to the creative power of Nature’s medicine’, by Michael Castleman)