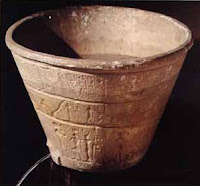 The first artificial clock the water clock, or clepsydra, appeared at about the same time. The Egyptians in 3000 used the clepsydra alongside the sundial. (Inventions and Discoveries) 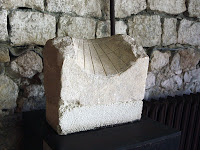