The invention of wristwatch 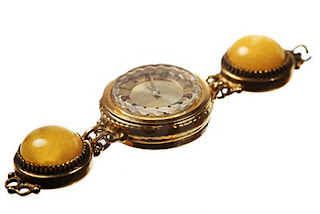 Two designers can claim to have invented the modern wristwatch: Louis Cartier (France), who in 1904 made one for the aviator Santos-Dumont; and, in the same year, Hans Wilsdorf (Switzerland), founder of Rolex. Earlier versions date back to around 1800, but they were essentially items of jewelry rather than a watchmaker's product. Wristwatches quickly achieved widespread popularity among women, but it was not until World War I that they were generally adopted by men.
In 1910 Rolex produced the first wrist chronometer.
(Inventions and Discoveries)