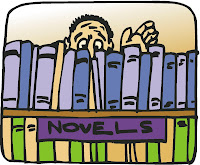 While fiction has been a part of Western culture since the time of Homer and the ancient Greeks, the modem European novel did not emerge until the early 17th century. Derived from the Italian word novella, the term novel implied the newness of the form. In other European languages, the novel is known as a roman, which refers to the romances of the medieval period. At its most basic level, a novel is defined as an extended prose narrative. The modem elements of the novel include characterization, plot, and theme.

The novel first appeared in Spain in the form of Miguel de Cervantes's two-volume work, Don Quixote de la Mancha (1605-15). Written in the picaresque (from picaro or "rogue”) style, it depicts in episodic form the adventures of a poor, roguish hero as he travels throughout Spain, surviving by his wits. About 50 years after appearing in Spain, the novel became popular in Germany, then France, England, and much later, Russia. (The New York Times ‘Smarter by Sunday – 52 Weekends of Essential Knowledge for the Curious Mind’)