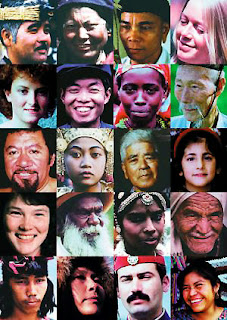 In our own genetic profile, believe it or not, scientific evidence indicates that we humans share 99.4 percent of our total DNA sequences with the chimpanzees. This doesn’t mean, of course, that humans are direct descendants from our tree-swinging friends, but it does emphasize that the genius of our molecular code is supported by eons of nature’s greatest evolutionary effort. Our human code was not a random act, at least not in its entirety, but rather is better constructed as nature’s ever-evolving quest for a body of genetic perfection.

As members of the same human species, you and I share all but 0.01 percent (1/100th of 1 percent) of identical genetic sequences. So biologically, as species, you and I are virtually identical to one another at the level of genes (99.99 percent). Looking around at the diversity within our human race, it is obvious that 0.01 percent accounts for a significant difference in how we look, think and behave. (‘My Stroke of Insight’, by Jill Bolte Taylor, Ph.D.)