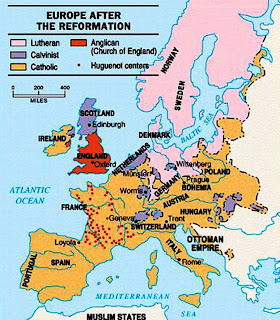 In the world today, the number of people who claim Christianity as their religion number approximately 2 billion. More than 1.1 billion are Roman Catholics; the rest are generally known as Protestants, a term coined in 1528 during the struggle of European Christians seeking a new way to salvation different from the one established and enforced by the Catholic Church for over 1,000 years. Given the fact that the power of the Catholic Church was so deeply entrenched, the success of Protestantism was a landmark event in Western history. Even mote extraordinary is the rapidity with which it took hold. In less than 40 years (1517-55), most of Europe was segregated into Catholic and Protestant towns, cities, and kingdoms. The roots of popular discontent with the church were rooted in a history riddled with corruption and overt sinfulness on the part of the clergy, the bishops, and even the pope himself. (The New York Times ‘Smarter by Sunday – 52 Weekends of Essential Knowledge for the Curious Mind’)