The discovery of Iron 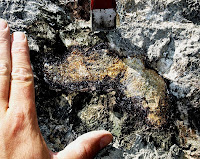 The so-called Iron Age marks the period when iron replaced the use of bronze, toward the end of the 2nd millennium B.C. The discovery of iron was, however, made much earlier. A recent translation of a text from the Fayoum region shows that the Egyptians were capable of extracting iron ore some 3500 years B.C., but the technique used was rather rudimentary.

The use of iron was developed in Asia Minor (Mesopotamia). It was introduced into Greece toward 1200 B.C, where it permitted the growth of architecture: buildings could be made with blocks of stone joined by metal bolts. Iron also allowed beams of great length to be constructed because metal girders spread weight evenly. The Propylaea of the Acropolis in Athens are a magnificent example of this. (Inventions and Discoveries)