The art and beauty of the brain 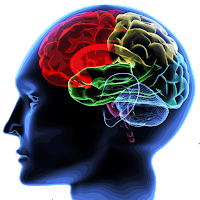 Imagine the brain, that shiny mound of being, that mouse-gray parliament of cells, that dream factory, that petit tyrant inside a ball of bone, that huddle of neurons calling all the plays, that little everywhere, that fickle pleasuredrome, that wrinkled wardrobe of selves stuffed into the skull like too many clothes into a gym bag. The neocortex has ridges, valleys, and folds because the brain kept remodeling itself though space was tight. We take for granted the ridiculous-sounding yet undeniable fact that each person carries around atop the body a complete universe in which trillions of sensations, thoughts, and desires stream. They mix privately, silently, while agitating on many levels, some of which we're not aware of, thank heavens. If we needed to remember how to work the bellows of the lungs or the writhing python of digestion, we'd be swamped by formed and forming memories, and there'd be no time left for buying cute socks. My brain likes cute socks. But it also likes kisses. And asparagus. And watching boat-tailed grackles. And biking. And drinking Japanese green tea in a rose garden. There's the nub of it-the brain is personality's whereabouts. It's also a stern warden, and, at times, a self-tormentor. It's where catchy tunes snag, and cravings keep tugging. Shaped a little like a loaf of French country bread, our brain is a crowded chemistry lab, bustling with nonstop neural conversations. It's also an impersonal landscape where minute bolts of lightning prowl and strike. A hall of mirrors, it can contemplate existentialism, the delicate hooves of a goat, and its own birth and death in a matter of seconds. It's blunt as a skunk, and a real gossip hound, but also voluptuous, clever, playful, and forgiving.

The brain's genius is its gift for reflection. What an odd, ruminating, noisy, self-interrupting conversation we conduct with ourselves from birth to death. That monologue often seems like a barrier between us and our neighbors and loved ones, but actually it unites us at a fundamental level, as nothing else can. It takes many forms: our finding similarities among seemingly unrelated things, wadding up worries into tangled balls of obsession difficult to pierce even with the spike of logic, painting elaborate status or romance fantasies in which we star, picturing ourselves elsewhere and elsewhen. Happily storing information outside our bodies, the brain extends itself through time and space by creating extensions to the senses such as telescopes and telephones. How evocation becomes sound in Ravel's nostalgic "Pour une Infante Defunte," a plaintive-sounding dance for a princess from a faraway time, is an art of the brain. So is the vast gallantry of imagining how other people, and even other animals, experience life.

The brain is not completely hardwired, though at times it may seem so. Someone once wisely observed that if one's only tool is a key, then every problem will seem to be a lock. Thus the brain analyzes as a way of life in Western cultures, abhors contradiction, honors formal logic, and abides by many rules. Reasoning we call it, as if it were a spice. Cuisine may be a good metaphor for the modishness and malleability of the thinking brain. In some non-Western cultures the brain doesn't reason through logic but by relating things to the environment, in a process that includes contradiction, conflict, and the sudden appearance of random forces and events. The biologist Alexander Luria was struck by this when he interviewed Russian nomads in 1931. "All the bears up North are white," he said. "I have a friend up there who saw a bear. What color was the bear?" A nomad stared at him, puzzled: "How am I supposed to know? Ask your friend!" These are but two styles in the art of the brain. All people are alike enough to be recognizable, even predictable at times, yet everyone has a slightly different flavor of mind. Whole cultures do. Just different enough to keep things interesting, or, depending on your point of view, frightening.

The brain analyzes, the brain loves, the brain detects a whiff of pine and is transported to a childhood summer spent at Girl Scout camp in the Poconos, the brain tingles under the caress of a feather. But the brain is silent, dark, and dumb. It feels nothing. It sees nothing. The art of the brain is to transcend those daunting limitations and canvass the world. The brain can hurl itself across mountains or into outer space. The brain can imagine an apple and experience it as real. Indeed, the brain barely knows the difference between an imagined apple and an observed one. Hence the success of athletes visualizing perfect performances, and authors luring readers into their picturesque empires. In one instant, the brain can rule the world as a self-styled god, and the next succumb to helplessness and despair.

Until now, using the slang we take for granted, I've been saying "the brain" when what I really mean is that fantasia of self-regard we call "the mind." The brain is not the mind, the mind inhabits the brain. Like a ghost in a machine, some say. Mind is the comforting mirage of the physical brain. An experience, not an entity. Another way to think of mind may be as St. Augustine thought of God, as an emanation that's not located in one place, or one form, but exists throughout the universe. An essence, not just a substance. And, of course, the mind isn't located only in the brain. The mind reflects what the body senses and feels, it's influenced by a caravan of hormones and enzymes. Each mind inhabits a private universe of its own devising that changes daily, depending on the vagaries of medication, intense emotions, pollution, genes, or countless other personal-size cataclysms. In Kafka's fiction, a character finds the question "How are you?" impossible to answer. We slur over the sensory details of each day. Otherwise life would be too exhausting to live. The brain knows how to idle when necessary and yet be ready to rev up at the sound of a bear claw scratching over rock, or a math teacher calling out one's name.

Sometimes it's hard to imagine the art and beauty of the brain, because it seems too abstract and hidden an empire, a dense jungle of neurons. The idea that a surgeon might reach into it to revise its career seems as dangerous as taking the lid off a time bomb and discovering thousands of wires. Which one controls the timing mechanism? Getting it wrong may be deadly. Still, there are bomb squads and there are brain surgeons. The art of the brain is to liken and learn, never resist a mystery, and question everything, even itself.
(Diane Ackerman, ‘An Alchemy of Mind’)