The Eightfold Buddhist Path -- freeing oneself from suffering rooted in ignorance 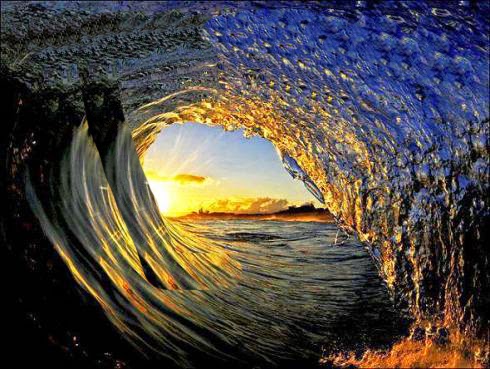 Buddha’s first teaching to his disciples is reported to have been the “First Turning of the Wheel of Dharma.” The Sanskrit word dharma has many shades of meaning. In its original Vedic context, it meant "duty" in the sense of social obligation, such as the obligation one feels as a member of a particular caste. In a Buddhist context, however, the meaning of dharma is closer to "truth" or "reality" (or even law," as in law of nature).

The Buddha's first teaching asserted four "truths about the nature of reality. The first was that ordinary life is characterized by suffering -- physical suffering, emotional suffering, and a sort of angst inherent in day-to-day existence. The second truth was that the cause of this suffering is the desire that follows from all beings' ignorance of the true nature of reality. The third truth was that it is possible to attain a state of being in which suffering is extinguished. The fourth truth concerned the Eightfold Path leading to that state.

In Vedism, [the religion of the Indo-Aryans of northern India. It is a historical predecessor of modern Hinduism, though significantly different from it.] one was taught to reach a higher state of being through the mechanism of rebirth. A Buddha, however, the path to a higher state of being was not related to rebirth. Instead, the way to elevate oneself was to realize meditatively the truths contained in the First Turning of the Wheel of Dharma. Because the realization of these truths would elevate one from an ordinary state of being to a "noble” state, they came to be called the Four Noble Truths.

The fourth truth, which concerned the Buddhist path to enlightenment, described the three stages through which an individual must pass. According to the Buddha, the first stage, calming the body, was attained by following an ethical code of conduct in one's “speech, actions, and livelihood”. The second stage, calming and focusing the mind, was pursued through a training regimen of “efforts, mindfulness, and concentration”. Only when thus prepared could a person strive for the third stage, cultivating wisdom, by concentrating on proper “intention and understanding”. If one followed this Eightfold Path, the Buddha explained, ignorance of the true nature of a reality would be eradicated, and suffering would end.
(Adapted from ‘The Bedside Baccalaureate’, edited by David Rubel)