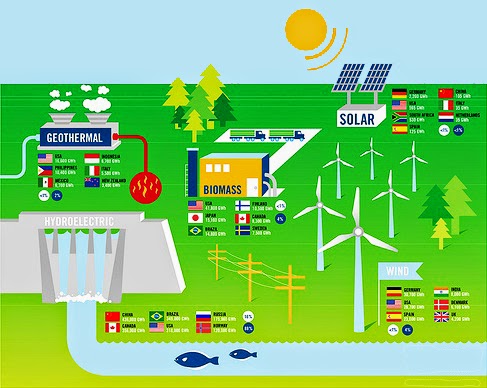 Growing awareness of the environmental costs of conventional energy has led to increased demand for cleaner energy. Global warming, in particular, has altered the way many people think about the energy they consume - which, in turn, has begun to reshape the economic relationship between energy producers and consumers. As more and more consumers sign up for green energy programs and buy hybrid cars (both of which carry additional costs), energy companies are reconsidering whether the conventional wisdom of cheap, convenient, and plentiful above all still applies. Skeptics argue that the demand for cheap, large-scale energy resources will continue to trump the relatively new consumer preference for clean, renewable alternatives. On the other hand, if the era of cheap petroleum-based energy is indeed ending -- as shrinking petroleum reserves and rising gasoline prices indicate -- then one may not even have to factor in the hidden costs and benefits for today's alternative technologies to become tomorrow's conventional resources.

For the time being, however, solar, wind, biomass, and geothermal energy remain the principal alternative technologies. All are environmentally clean, and all are renewable, meaning that their fuel supply is, for all practical purposes, infinite. For this reason, the terms ‘alternative energy’ and ‘renewable energy’ are often used interchangeably, but they shouldn't be. Hydropower, for example, although a form of renewable energy, is considered a conventional technology because it has been in widespread industrial use for generations. (Nuclear energy is considered conventional for the same reason.)

The most common use to date for solar and wind energy has been electricity generation, with wind having the greater potential for large-scale, grid-connected use, and solar currently more suited to local and building-scale installations. Most of the work being done on biomass energy has been focused on small-scale power generation and biofuels (such as ethanol), while the principal application for geothermal energy has been the heating of homes and other buildings.
(‘The Bedside Baccalaureate’, edited by David Rubel)