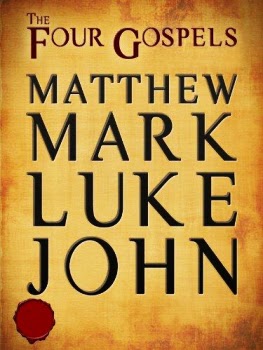 A gospel (from Old English, gōd spell "good news") is a writing that describes the life of Jesus. The word is primarily used to refer to the four canonical gospels: the Gospel of Matthew, Gospel of Mark, Gospel of Luke and Gospel of John, probably written between AD 65 and 80. They appear to have been originally untitled; they were quoted anonymously in the first half of the second century (i.e. 100 - 150) but the names by which they are currently known appear suddenly around the year 180. The first canonical gospel written is thought by most scholars to be Mark (c 65-70). (Wikipedia, the online free encyclopedia)