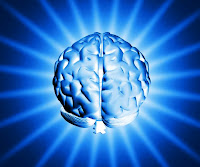 For Nancy King, it was the night she decided not to get into her friend Linda's car but to seek another ride home. She had no specific reason for her decision, merely this "weird feeling." Nancy later learned that Linda's car was hit and badly damaged by a drunk driver that night. So what is intuition, exactly?

"Intuition is a mind process that allows us access to information apart from the usual channels of reasoning, memory, or sensing," says William Kautz, Sc.D., founder and director of The Center for Applied Intuition in San Francisco. In other words, intuition can be what some people call extrasensory perception - ESP. Everyone has it, says Dr. Kautz. It's a natural human process, but some of us are more skilled at using it than others.

For Caitlin Grandinetti, intuition came on her vacation trip to New Mexico, when a hike through Cibola National Forest turned into a near nightmare. She found herself hopelessly lost, with the sun about to set, when, she says, she suddenly heard a "little voice." It told her to turn right, and then left, and then right, until finally, just before sunset, she found herself standing by the main road, safely out of the forest.

According to Shakti Gawain, author of Living in the Light and several other books on the mind, intuition is a connection "to the higher power of the universe." Our intuitive minds, she says, are deep storehouses of knowledge and wisdom, containing "an infinite supply of information. "

For Eve Buchay, intuition comes often. "Many times I've had a feeling that my friend Antoinette was going to visit me, and she did," says Eve.

Intuition is the ability to unconsciously tap our knowledge base. It comes from experience, aided by environmental cues that call forth that experience, says Nobel laureate Herbert Simon, Ph.D., a professor at Carnegie Mellon University in Pittsburgh. A seasoned physician who can intuitively look at a patient and tell what's wrong is pulling upon years of experience, sparked by what he sees, hears, and possibly smells. He doesn't need to go through a lengthy examination of the patient because he's done it so many times before with other patients.

Where did Nancy's "weird feeling," Caitlin’s "little voice," and Eve's insight really come from? Some experts, like Shakti Gawain, say that it's a mystical and magical connection between the brain and beyond. Others say otherwise.

Dr. Simon, for instance, agrees that intuition surely does exist, but it is not anything mystical. Rather, the human brain is "like a big indexed encyclopedia," with masses of stored information from our past. Intuition is the "aha!" feeling you get when you've just tapped into this encyclopedia. But he doesn't lend much credence to talk of ESP or "higher powers of the universe." Neither do some other experts.

As they all see it, however, intuition - no matter how you define it - is a very powerful tool. And regardless of which school of thought you adhere to, there are ways in which you can tune in to it, sharpen it, and polish it. (Boost Your Brain Power, by Ellen Michaud, Russell Wild and the editors of Prevention Magazine)