Threat to the survival of Greater Adjutant storks 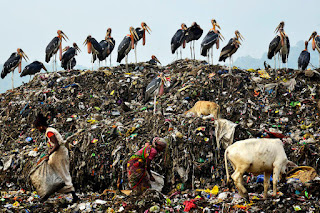