Healthy foods, healthy arteries: is there a connection? 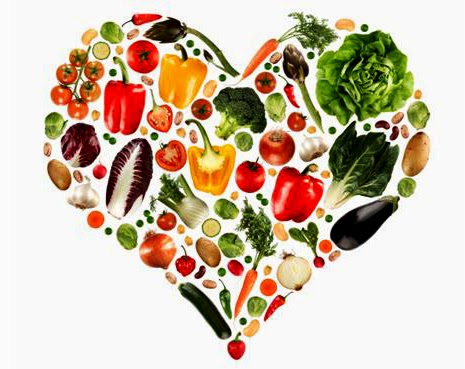 What you eat can help keep your heart and arteries healthy — or lead to excessive weight, high blood   pressure, and high blood cholesterol — three key factors that increase the risk of developing cardiovascular disease, according to the National Heart, Lung, and Blood Institute. Based on the best available scientific evidence, the American Heart Association (AHA) recommends a diet that includes a variety of fruits, vegetables, and grains, while limiting consumption of saturated fat and sodium.

Fruits and vegetables have lots of antioxidants such as vitamin C and vitamin A that neutralize free radicals and may prevent oxidation in the arteries, dietary experts say. Fruits and vegetables also contain plenty of soluble fiber, a substance that has been shown to reduce blood cholesterol levels, which is healthy for the endothelium.

Breads, cereals, and other grain foods, which provide complex carbohydrates, vitamins, minerals, and fiber, are associated with a decreased risk of cardiovascular disease, according to the AHA Dietary Guidelines. However, some studies suggest eating less sugar, breads, and other simple and complex carbohydrates can lower blood insulin levels and decrease body fat and weight — three factors that are linked to an increased risk of heart disease and stroke. In recent years, a number of dietary recommendations based on these findings have become popular and are currently catching   the public’s awareness. While contentious, these are important issues and long-term studies are required to determine the risks and benefits of such diets, Dr. Lakatta says.

Saturated fats are usually solid at room temperature. These fats are primarily found in animal foods like meat, poultry, and dairy products like butter. Saturated fats tend to raise levels of “bad” low-density lipoprotein (LDL) and increase the risk of atherosclerosis. In fact, within 2 hours of eating a high saturated fat meal, endothelial cells don’t work as well. Such meals can cause a temporary 50 percent dip in endothelial function, even   in healthy young people who have no risk factors for atherosclerosis, Dr. Lakatta says.

Polyunsaturated fats, found in fish, nuts, and dark leafy vegetables, have been getting a lot of attention from scientists in the past few years. They’ve concluded that one type of polyunsaturated fat — omega-3 fatty acid — found in fish may promote several things that improve  endothelial function, including increasing nitric oxide production, slashing the production of free radicals and other substances that cause inflammation, and boosting HDL cholesterol levels. Fish such as salmon, herring, and mackerel are good sources of omega-3s.

Control over the condition of our arteries may also lie in how much salt we consume. In cultures where little sodium (in the form of salt) is consumed, blood pressures do not rise with age. Cultural differences have also been found in arterial stiffness. One study compared rural and urban populations in China. The urban population consumed much higher levels of sodium than the rural groups. And they had stiffer arteries. Other researchers found that sodium appears to accelerate age-associated stiffening of arteries. In particular, sodium promotes thickening of aging arterial walls, reduces the amount of nitric oxide available to endothelial cells, and promotes the formation of oxygen free radicals. But shifting to a low sodium diet, research suggests, can begin to diminish arterial stiffness in as little as 2 weeks.

Most of the sodium in your diet comes from processed foods. The remaining is added at the table and while cooking. Scientists who study this issue suggest limiting the amount of sodium that you consume from all these sources to no more than 1,500 milligrams (mg) each day (an average American adult consumes about 3,300 milligrams daily). They recommend reading food labels carefully and buying foods that say “reduced sodium,” “low in sodium,” “sodium free,” or “no   salt added.” Some dietitians suggest seasoning foods with herbs and spices like oregano, onion powder, or garlic instead of sodium.

Scientists suspect the more lifestyle changes, including diet and exercise, you can incorporate into your life, the better off your arteries will be, because these interventions work independently as well as in unison to promote the vitality of endothelial cells and contribute to reducing the risk of cardiovascular disease.
(From ‘Aging Hearts and Arteries, a Scientific Quest’, a publication of US National Institute of Health)