The World Bank and the IMF 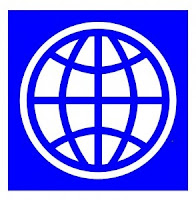 In July 1944, financial experts from forty-four countries attended the United Nations Monetary and Financial Conference held in Bretton Woods, New Hampshire. The purpose of the conference was to make financial arrangements for the postwar world. The participants knew that the two most pressing needs would be capital for long term reconstruction and loans for short-term currency stabilization. Therefore, they recommended the creation of two institutions to meet those needs: the International Bank for Reconstruction and Development (IBRD) and the International Monetary Fund (IMF).


The purpose of the IBRD was to finance the reconstruction of Europe and Japan, whose cities and industries had been devastated by aerial bombing. After achieving this goal, the IBRD redefined itself. Its new mission was to alleviate poverty and support growth in the developing world. In 1960, the International Development Association (IDA) was formed to complement the work of the IBRD. The IDA'S mission was to make loans to the world's poorest countries on terms more flexible than those offered by the IBRD. Together, these two institutions constitute the World Bank, which today provides low-interest loans, interest-free credit, and grants to the developing world.

Meanwhile, the IMF continues to pursue the work it was assigned at Bretton Woods: stabilizing exchange rates and overseeing the world's international payment system (which national governments use to transfer funds to one another). While the World Bank provides long-term help with education, health care, and other infrastructure projects, the IMF acts as a lender of last resort, providing short-term loans to countries with large trade imbalances that would otherwise have to employ draconian measures in order to pay off their creditors. The IMF also helps these countries reorganize their economies so that they can pay off their debt.

The IMF and the World Bank, however, have both been attacked by critics of globalization, who hold the IMF responsible for worsening the 1997 Asian financial crisis and who fault the World Bank for its lack of success in fighting global poverty. An often-heard complaint is that both institutions have a one-size-fits-all approach that does more harm than good because it fails to take into account germane differences among developing nations. As a result, a few of those nations have refused IMF loans, and some development experts have begun to question the need for a World Bank. Others, however, continue to believe that the IMF and the World Bank can play important roles as international safety nets and lenders of last resort. (‘The Bedside Baccalaureate’, edited by David Rubel)