The adverse effect of environmental changes on biodiversity 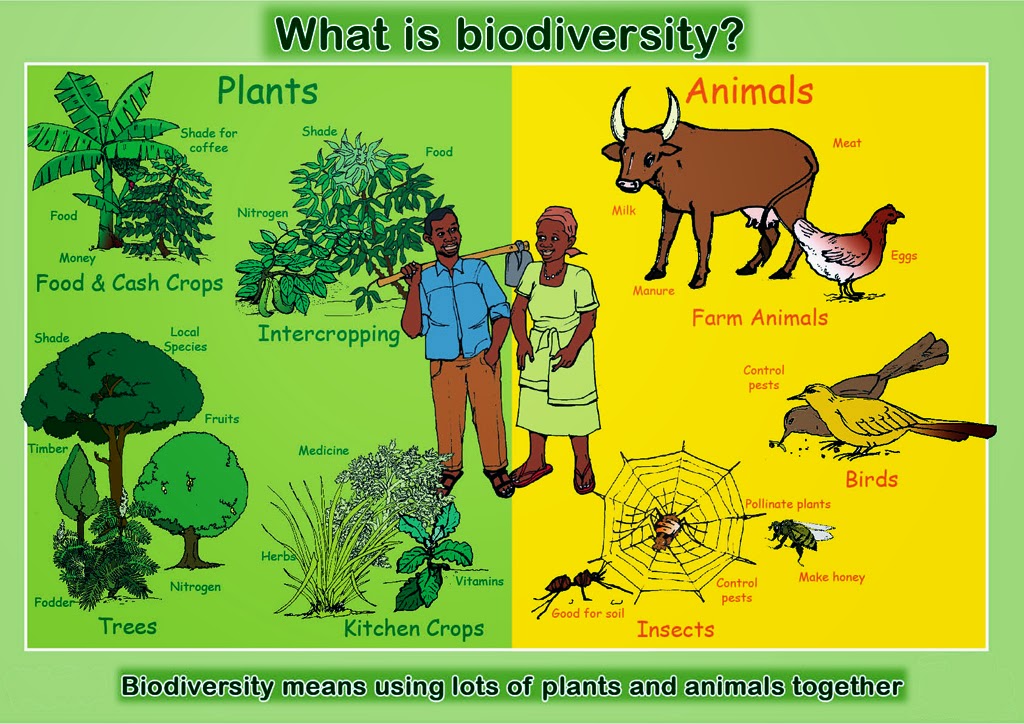 While pollution and global warming have obvious effects on human health, ecologists also define environmental health according to biodiversity. Biodiversity measures the variety of living things and their interactions on three levels: genetics, species, and ecosystem diversity. The number of known species - characterized by scientific analysis and description - is more than 1.7 million, including nearly 1 million species of insects, about 14,000 species of amphibians and reptiles, and 5,400 mammalian species. However, there are many other species living on Earth, including trillions of microscopic organisms like bacteria. These species interact to form sustainable check-and balance networks like the food chain.

Human population growth, deforestation, pollution, and global warming have caused a rapid loss of biodiversity. Today's extinction rate is estimated to be 1,000 to 10,000 times higher than the natural rate, and some scientists believe we are in the midst of a mass extinction. For example, the International Union for Conservation of Nature reported in 2008 that 30 percent of amphibian species are critically endangered or vulnerable. This number increased 2,588 percent between 1996 (18 species) and 2010 (484 species). (Adapted from ‘The New York Times ‘Smarter by Sunday – 52 Weekends of Essential Knowledge for the Curious Mind’)